My Running Partner is a Year Old Today.

So today is Bogey's Birthday. The big zero-one for him - and I don't think we could have picked out a better dog for our family.  He's good with the kids and loves to run with me.  He's still a little hyper but I keep reminding myself that he's still a puppy.  Abby has him trained with 'sit', 'shake', 'lay', and she's working on 'speak' and 'roll over'.  Running-wise he's been a good buddy on the pavement.  Only once this year have I run him into the ground but other than that, he's usually there step for step with me.  He's been really good on a leash while we run - shoot I've only stepped on him once.  I guess once it all it takes :)

Today for his Birthday the family took him to Hunnington Beach to the Dog Beach there.  For anyone who hasn't been there it's a nice open beach where you are allowed to take the dogs off their leashes.  Bogey loves it there - but it's about a 30 min drive so we don't go very often. 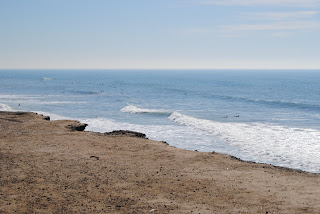 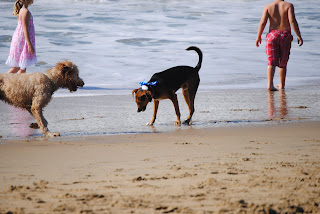 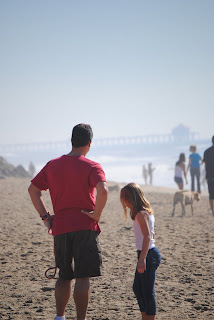 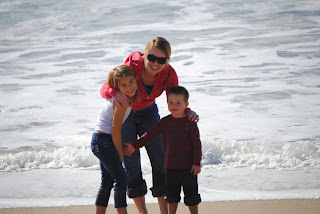 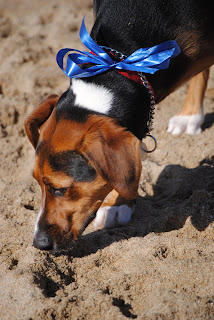 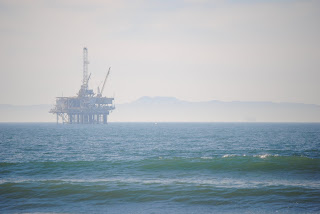 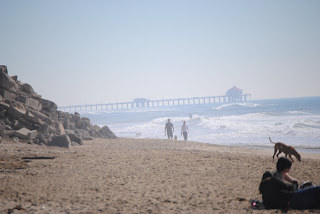 Running today went well, I did a total of 4 miles without any real difficulty.  Pace was around 9:45 and I felt really good considering it was 48 degrees.  Bogey went with me and we didn't see another soul the entire time which was kind of weird since it was still pretty early (8:30 pm).  The moon was coming up peeking through a thin band of clouds making it look really big and bright.  Very cool looking with the nearly full moon.  Tomorrow I'll hopefully get in another 3-4 miler since I'm off to a pretty good start for the year.

Awe.. Happy Bday B. The ribbon around his neck is a nice touch.

I have to admit it is hard for me to not imagine the dog beach scene from Marley and Me.

Running with a dog would be really fun. All of the feeding and upkeep of a dog would be exhausting. (and my wife says I'm not ready for kids yet....)