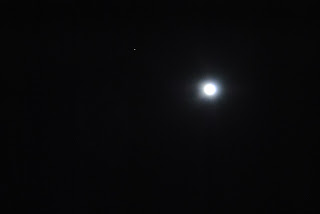 I can't believe how good this weekend was both for workouts and family!  Where should I start?  Let's see, I'll start with my running stuff - Friday I did 7.5 mile total, a bunch of that was fairly slow in fact Beth joined me for 2.3 miles!  She's going to try to get some running in an maybe run a race coming up.  It was nice getting out with her, we took Bogey, Cade in the stroller, Abby was on her razor with her friend from accross the street.  I enjoyed getting out of the house and spending time with Beth.  She always seems to handle running easily and she ended up doing the distance at a 12:06 pace.  Not bad for someone who doesn't really run. My main run on Friday was only 2.6 miles and most of that was downhill.  It didn't worry me though because Friday's are actually my rest day when it comes to my planning schedule, so getting in these miles were a bonus.  My legs feel pretty good and overall I feel strong.  Pace was a pretty quick 9:15 per mile so I'm very happy since the run itself didn't take too much effort.

Saturday was another good day - I picked up Alex from his Mother's and he wanted to run with me that night, so after giving him my old New Balance shoes, we went out he front door for an easy 5k.  This kid is fast, but having him there really helped me.  I was able to talk with him while we ran and the time flew by.  Before I knew it we were going up our last hill for the finish.  At that point Alex wanted to 'stretch his legs' and picked up the pace.  Me being his old man tried to limit him pulling away from me.  Over the final half mile he got about a :45 seconds on me and I fnished in 28:24 only :20 slower than my personal best.  WOW!  This run felt so easy paced for me so I know running with him will help me a ton.  Hopefully he'll stick with it.

Saturday is my week ending date so I put together a solid week - I ran everyday this past week and logged 38.2 miles doing it.  Beth and I ran, Alex and I ran, and Beth and I did the pretest on P90x.  (more on this later)  Overall it was a great week, I'm feeling really strong right now, and my workouts are going great!  I still can't believe that I'm pushing myself into new territory here.  I can't wait for P90x to get into full swing......

Sunday I did my long run for the week (5 miles).  Alex joined me again.  I thought maybe he was going to be tired from the night before, but the three miles didn't seem to bother him at all.  We did just over 5 miles at a 9:24 pace.  A little fast for me, but once again I felt good running with him, and he takes me out of my confort zone just a little.  Not so much that I'm struggling, but just enough to give me that 'next level' of training that I need.  Overall with our warm up and cool down we ended up logging 6.5 miles.  This Wednesday he's has his first track day; 9+ miles on a track!  They do 10 laps, 9 laps, 8 laps, etc.  What an introduction to track running!  No timing, but they have to finish before they go home.......  This season could be interesting for him, but after doing 5 miles with me, it shouldn't be a problem him as long as he paces himself.  BTW he logged a 6:15 mile for his PE final last week, I wonder what he could do with solid training?

Monthly totals: 179.9 miles, three new PB's, started weight training, did pretest for P90x.  Pretty solid month if I do say so.  Too bad for that three day rain stretch otherwise I might have had 30 days of straight running.

Family stuff this weekend was wonderful.  Beth had to put in some hours at the office, but once she was home we made the best of it.  Like I mentioned, she went running on Friday, and Saturday we had fun just hanging out together.  Sunday we took the family down to San Diego (about a 45 min drive) and spent about 2.5 hours on the Midway.  Yes the Aricraft Carrier Midway from WWII.  The carrier is now decommishioned and is a floating museum down in San Diego.  Beth's Uncle works as a tour guide / safety staff on the ship and gave us some free passes over Christmas.  We had a blast.  If you're in the area, I'd recommend this site to anyone even if you're not a big history buff.  This boat has such a rich histoy and was so vital to us winning the war in the Pacific, you can't help be feel in awe when you step aboard.  They are continusously opening new rooms so there is always something new to look at. 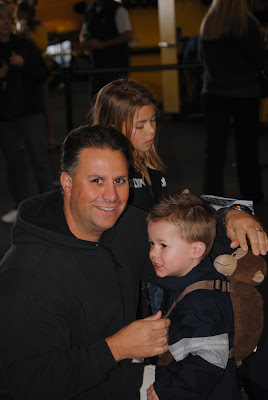 Cade with his Monkey Leash 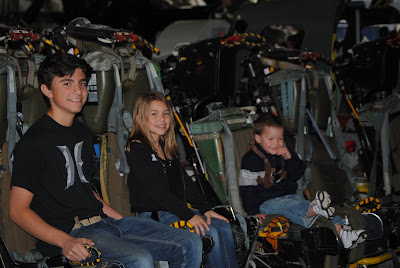 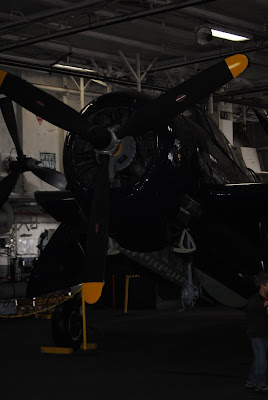 Just one of several planes they have on display, this is INSIDE the Midway. 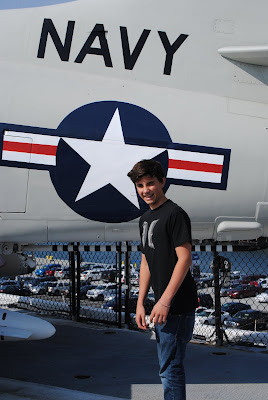 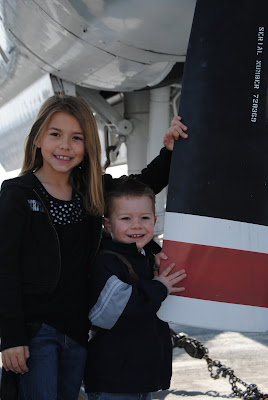 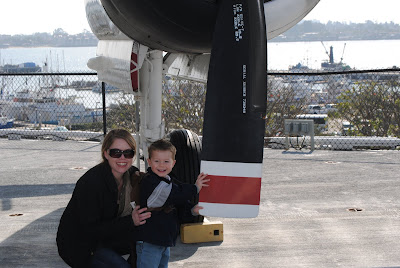 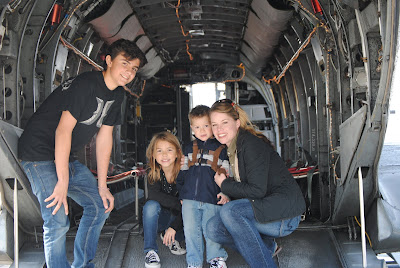 Helicopter tansport - Alex knows it from Call Of Duty for XBox.  Scary thing is Abby and Cade knew it also. 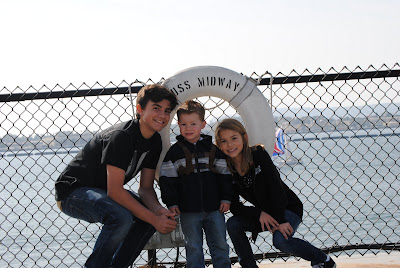 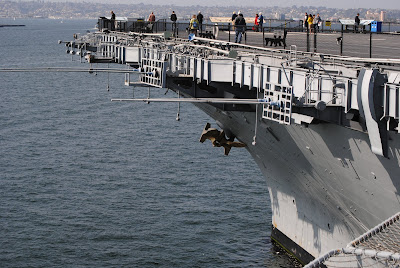 Check out that anchor!  That only one of two in the bow.  Taken from the flight deck. 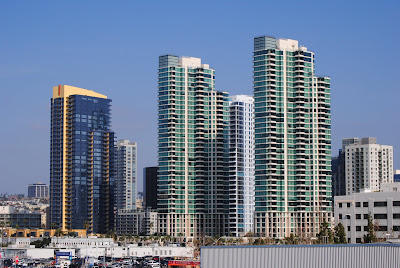 Downtown San Diego skyline - taken from the flight deck of the Midway. 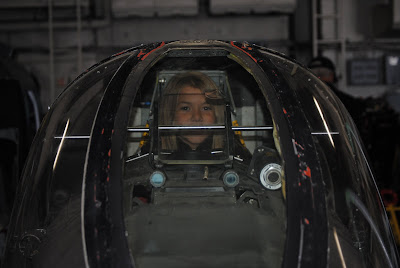 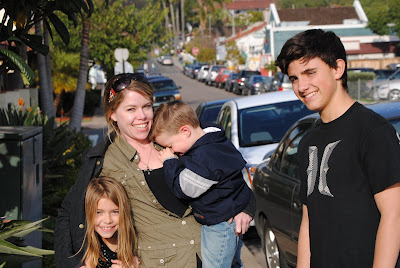 After a late lunch in Old Towne.
Keep Steppin'
Bob
Posted by Bob Hazen at 10:07 AM

January was good to you! Great stats! Love the pics, thanks for sharing!

Sounds like a great month! Loved the pics, my son has the same monkey leash. That thing is a life saver!

Sound like running with your sin is great training for you. That will certainly help with you pushing yourself.