I'm Behind my Schedule 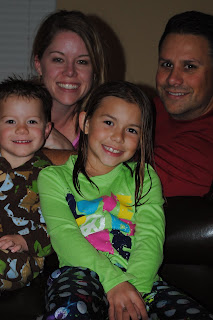 Wow!  A ton has happened since my last post - I'm not suprised to see that it's been almost a week since I last wrote something.  Running has been minimal not for any particular reason, but just because life has been getting in the way.  It's kind of thrown a wrench in my 10k training plan, but what can I do except pick myself up and start working hard again.

What's been keeping me busy?  Well job interviews have been on my plate last week - I was expecting an offer sheet on Monday but it didn't come, instead I got a voicemail indicating that I was over qualified and the company was going another direction.  I've heard this three, four times in the past few weeks so it's getting a little frustrating.  I really liked this prospect, in fact, this was where I had my 9 person panel interview I mentioned last week that I thought well pretty well.  I'm wondering if I'm missing something in my presentation.  So I've been mentally reviewing my 'interviews' trying to see what I might be saying that is scaring off potential suitors.......

P90x has suffered a little also just because Beth and I have been short on time - she's picked up a few more hours at the office, and is also cramming for her Real Estate test later this month.  I've been struggling with finishing our taxes, which were fairly complex this year - mulitple homes, rentals, 401k transfers, unemployment, mulitiple 1099's, 1098's, home office, and a refi.  I'm so glad I finished tonight.  Still, we've only missed two days so far, and I on't see it getting any worse.

Abby's been sick over the last 48hrs with the flu, so that's taking up a little more time also.  Hopefully the rest of the house doesn't come down with it, but I'm not going to bet against it.  The poor girl pretty much slept the whole day away today.  Hopefully tomorrow she'll feel better.

The four-day weekend was jam-packed with stuff to do.  I'm not sure if I've mentioned this before but I Coach AYSO soccer also (Abby's team) we are just getting the Spring season started and had a full game scrimmge this past Saturday.  Since we'd only had once practice due to the weather, I was afraid we'd get crushed against this "particular" coach - you all not the type, just a little overzealous.  We my girls came out and listened to my instructions very well and we destroyed this guy's team., 6-3.  After our 'regulation time' was up we were leading 3-0 and he wanted to 'keep going' so I said "sure" - they scored a quick two goals but them my girls reponded.  I got a good feeling of what they can do and what I need to work on with them so overall it was a good practice session.  I love coaching, and this enables me to keep close to the game along with spending time with my daughter. 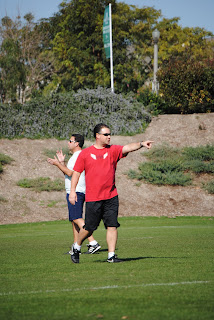 Damm - I still have to lose some of my beer gut... 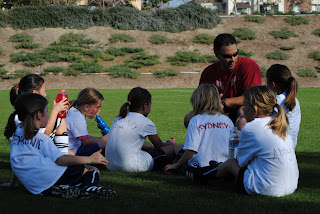 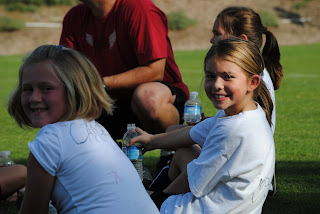 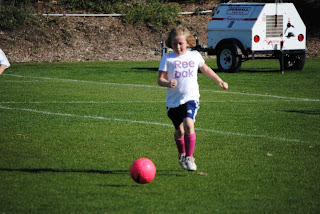 Sunday, Valentines Day I took the family up to Big Bear - it's only two hours away and the kids had a blast playing in the snow.  It was their first time ever seeing snow in person, too bad they only lasted about an hour in it.....  So we made our way back home.  Still I think it would be nice to spend a whole weekend up there in the future. 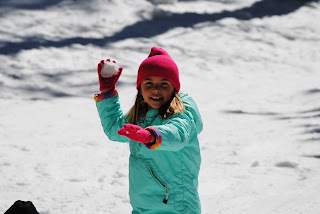 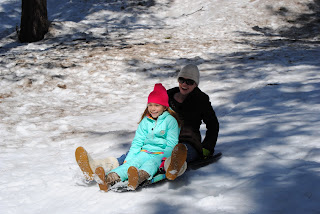 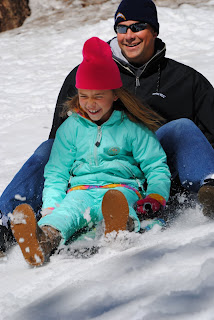 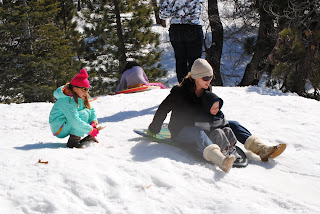 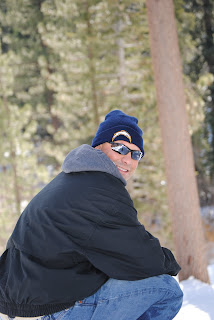 Sorry to hear about the job. How frustrating to not be hired because you are overqualified.

At least you made the best of things and were able to spend quality time with your family.

But, it seems like you have been keeping busy!

It is funny to see pictures of softball and snow in the same post.

Wow, you have been busy. Sorry to hear about the job - I am sending positive vibes your way.